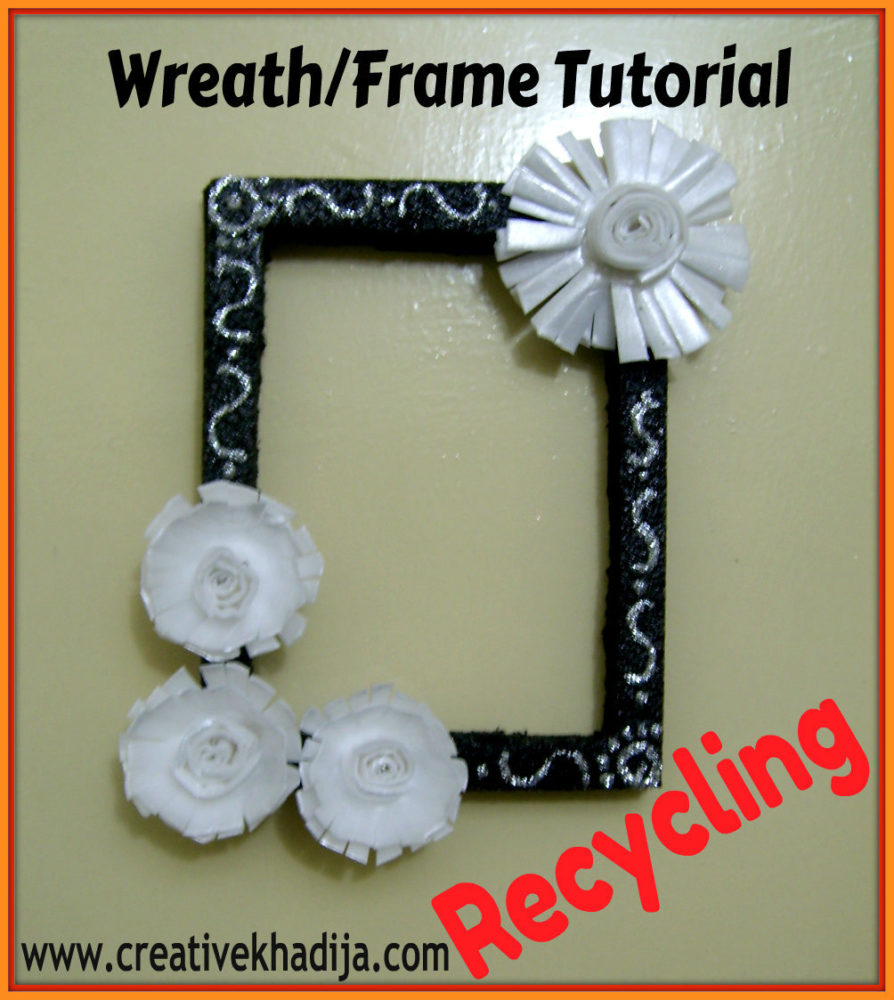 In my previous post, I have shared the making of egg cartons styrofoam rosettes & flowers, Thank you all for enjoying my upcycling idea again!so Today I will show you how I have fixed these flowers on a frame & now its a photo frame. 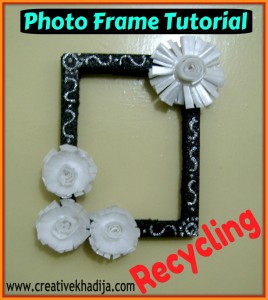 After making those flowers I was thinking where to use them properly, first I thought to fix these on a big wreath but to be very honest I was not having sooooo many flowers(egg containers too) and a fine wreath needs many for the embellishment! well I am giving you the idea if you want to make a wreath with recycling! 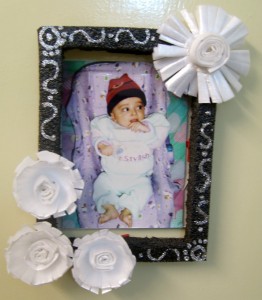 My Nephew… when he was 2 months old, This picture is among one of His favorite, I was curious why He like it much among his big album but later I realize one day when he ask me, “show me the pic in which I am thumb sucking”ohh Boy!! you are very smart.. 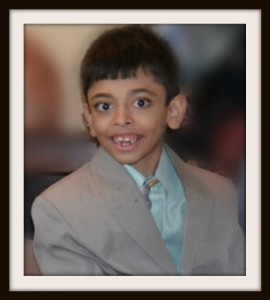 This is my nephew Nasir‘s most recent picture..now he is 7 years old Masha’Allah

Ok Now move on to the Tutorial! 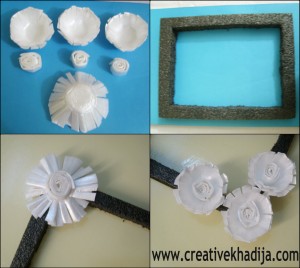 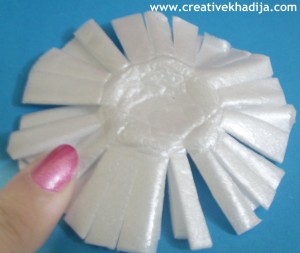 opposite side..the  little container of the egg carton. 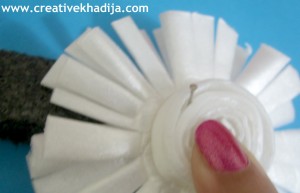 For hiding the central area, fix the rosette over it. and use a common pin. 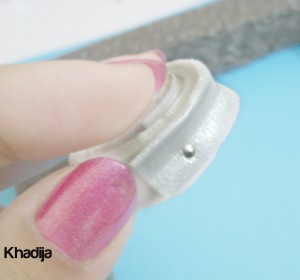 For making a rosette, simply roll on the styrofoam strip & fix with pin. 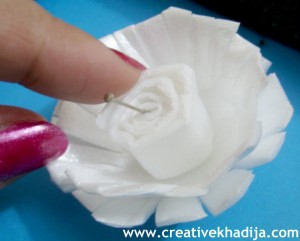 Fix it in the middle of flower as a bud..you can also color it but I am not sure which color will be OK for styrofoam kind of stuff.. 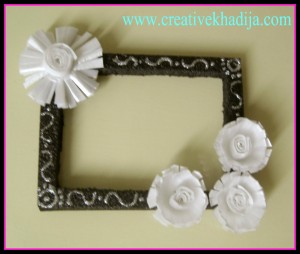 I also draw some lines with glitter glue. 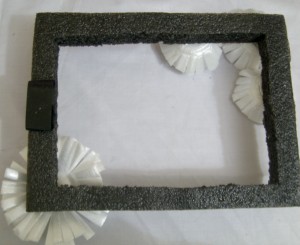 Finally for the fixing matters, I use a black double sided tape.this frame is light weight.so a paper tape is better to apply than using metal nail at wall.

If you’ve missed the previous post in which I’ve shared the tutorial of these Styrofoam Egg Carton Flowers, you must check it before trying this idea.